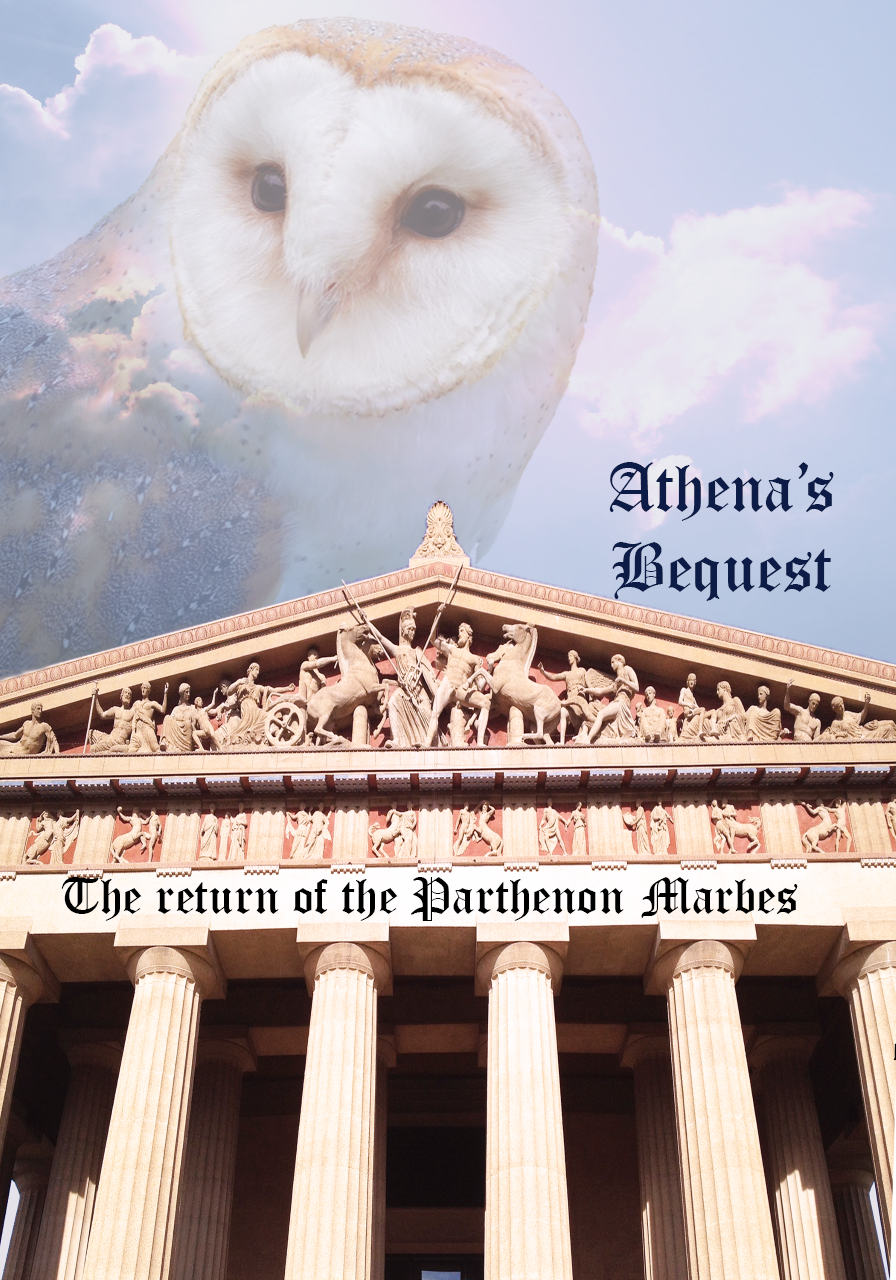 The opera Athena's Bequest is about greed, absolute power, corruption, betrayal and arrogance. “Justice moves forward and claimeth its own”. It is time the demands of justice are satisfied for a crime that was inflicted upon the soul of a enslaved nation. It is about the mutilation and the desecration of the world's supreme symbol of civilization, the Parthenon, and the players of that single and infamous event. Some of the most powerful and poignant characters from the historical period of 1799 to 1821 fought like jackals over the spoils of Athena's Temple, others were mere participants or just ornamental. Main characters are Lord and Lady Elgin, King George III, Sultan Selim III, Lady Emma Hamilton, the mistress of Admiral Nelson, Logothetis, the British Consul in Athens, Giovanni Battista Lusieri, artist of the royal court of Italy, poet Lord Byron and Napoleon Bonaparte.

Unsurpassed in scenic backgrounds, (digital backdrops) authentic costumes, original score, splendor, pageantry, art and decor. The dramatic action enfolds a colorful tapestry that spreads from the mossy hills of Scotland to the azure shores of the Mediterranean sea. The drama enfolds in Scotland, continues from the courts of Naples, to the sultan's seraglio and finally to the Parthenon, goddess Athena's sacred Temple. From there to France, England and finally to Scotland.

“Yes, 't was Minerva's self; but, ah! how changed ...
Her helm was dinted, and the broken lance
Seem'd weak and shaftless e'en to mortal glance;
The olive branch, which still she deign'd to clasp'
Shrunk from her touch and wither'd in her grasp;
And, ah! though still the brightest of the sky;
Celestial tears bedimm'd her large blue eye;
Round the rent casque her owlet circled slow,
And mourn'd his mistress with a shriek of woe!”

“Is our vision blurred?
or the pillar of truth shuttered?
Is the hope of the olive branch withered?
or wisdom no more revered?
Is this a time to mourn
or a time to celebrate a new dawn?”

(From Athena's monologue in the opera “Athena's Bequest” by Demetria Vassiliou)

for the olive branch, a symbol of peace

and hope. We invite all citizens of the

world to unite and support us in our

mission. “The return of the